What an inspiring week it was in Amarillo last week. We hosted the 2016 Bank of America Youth Excellence Seminar, and it was a wonderful turnout of young people from all over the country and abroad who are united in a common purpose: to celebrate and strengthen our great horse industry. 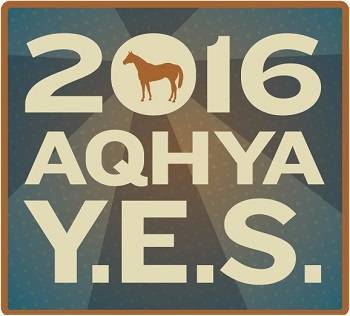 I think it says a whole lot about these kids that they’re willing to spend a piece of July, their precious summer time, in the Texas Panhandle learning how to grow themselves personally, professionally and with their American Quarter Horses. Clearly, their roots run deep.

It was fun to imagine and hear about all of the stories of the young people gathered in Amarillo. Most of them came from similar roots: A love for an American Quarter Horse and a desire to hone their leadership skills. I’ve been around a lot of youth in the past 25 years, but none any brighter, more polite and professional as this group. Their passion is evident, and their communication and networking skills are incredible.

My American Quarter Horse story isn’t much different from theirs.

My first experience with an American Quarter Horse was the day my father brought home a 2-year-old sorrel filly out of the Fort Worth Stock Show sale. To call our family novices in the horse world would be an understatement, and my dad had just brought home an unbroken racehorse to a 7-year-old kid and my 5-year-old younger brother.

After a local trainer put a few weeks of time on her, we got her home and to no one’s surprise, there was not an adult in our family who could handle her. Dad later learned she had been tried on the racetrack and just didn’t handle her track schooling well, which resulted in a swift departure from racing. Her early exit from racing was not due to injury; she had tremendous speed, so it had to be something about her problem with quietly loading into the gates and then running a straight line that was confusing to her.

Just like all the kids who converged in Amarillo last week, my American Quarter Horse – and supportive parents who recognized her value – led me to where I am today. I’m sure each of you has a similar story.

If you have influence on the young people in our industry, I urge you to support them. These folks are the future of our Association, and I’ve seen in them the passion and drive to make it great. They are incredibly bright, articulate and fearless. Global travel and social networking excites them. Young Jim Stors, a Region 11 youth director from Luxembourg, said in his speech, “We need to go global and connect the equestrian world.”  I’m fairly certain that young man has some brilliant ideas about how to do that. Although he’s a European-born youth, his roots come back to Amarillo.

No matter our age, we all share a similar story that is intertwined with our great horse that young people can relate with. As adult leaders of this global organization, we all have the power to influence, mentor and financially support our young people. We owe it to ourselves to invest in the next generation. I hope you are as excited as I am about doing just that!