It was a big win in the National Reining Horse Association's (NRHA) Level 4 Open Championship for Shawn Flarida and ANDIAMOE!

Shawn and his wife Michele own and operate Shawn Flarida Reiners out of their facility in Springfield, Ohio. The Ohio-native is the NRHA's second Seven Million Dollar Rider, as of September 2022!

The 2022 NRHA Futurity in Oklahoma City kicked off on November 24 and ran until December 3. After marking a 228.5 in the first go, Andiamoe and Shawn came back and marked a 224.5 to progress on to the finals. When they ran in the Jim Norick Coliseum on December 2, the crowd knew what was in store. Scoring an incredible 230, Shawn clenched his 7th NRHA Futurity Champion title.

The 2019 sorrel mare was truly bred to be special. Sired by NRHA Eight Million Dollar Sire Gunnatrashya and out of NRHA Million Dollar Dam Wimpys Little Chic, “Princess” was destined for greatness. Both her sire and dam won the NRHA Futurity during their careers, as did the sire of Wimpys Little Chic, the legendary Wimpys Little Step. All three of these great horses won futurity titles with Shawn Flarida on board, making the experience with Princess that much sweeter for the Flarida family.

Prior to their win at the NRHA Futurity, Shawn and Andiamoe won the NRHA Level 4 Futurity at the 2022 All American Quarter Horse Congress. 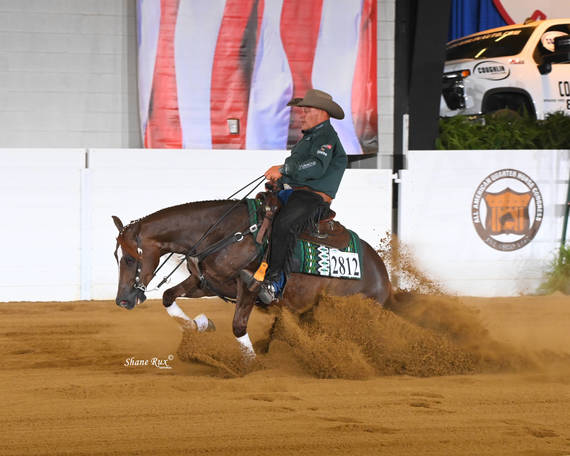 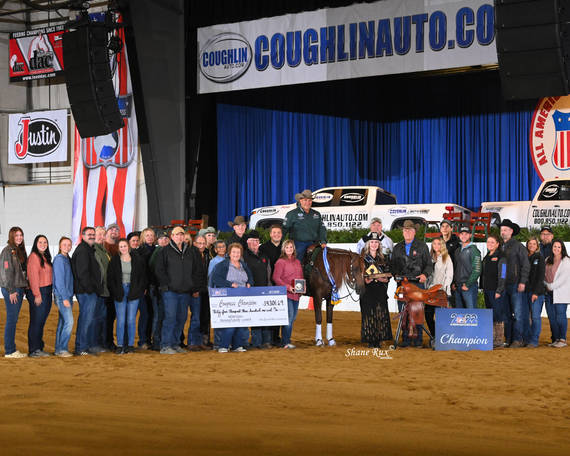