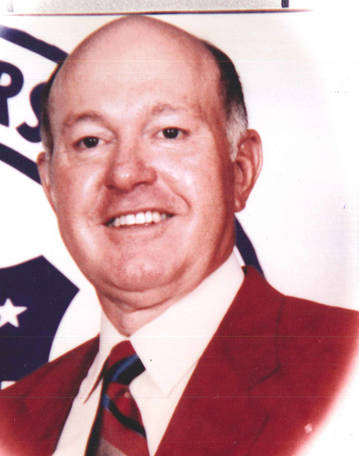 The Ohio Quarter Horse Association is saddened to announce the passing of Burgess J. Holt. Burgess was a President of OQHA, President of Ohio Amateur Quarter Horse Association, OQHA National Director, and Chairman of the OQHA Congress. He was also a long time Congress supporter and friend. Burgess will be dearly missed. Prayers to his family, especially his wife Jan.

Burgess would like to let you know his work here is done. He has been called to a greater project where his compensation will be reuniting with loved family and friends, but most importantly an eternity with his Savior. He entered his new calling Wednesday, November 17, 2021, at the age of 84. Burgess is leaving his unfinished projects in the capable hands of Jan, his loving wife of 59 years, cherished children, Burgess L. (Buck) (Mary), Lynette, Todd (Linda); treasured grandchildren, Burgess M, Julianne, Max and Brianna Burke, Bryce, Evelyn and Drew. He is also survived by his sister, Bonnie, niece, Bonnie Jean and nephew, Richard. He was preceded in death by his parents, Burgess Isaac and Julianne Holt and brother, Richard.

He was a 32nd degree Mason, a 60-year member of Medina Masonic Lodge F and AM #58, and member of Scottish Rite. Being an outdoorsman, he held membership cards with Pheasants Forever, the Rocky Mountain Elk Foundation, Ducks Unlimited as well as a life membership to Trout Unlimited.

Burgess proudly served his country through the National Guard Unit; he was a Cub Master for several years. He offered his service as an usher at Medina UCC for many years where he also served on various boards and committees. Burgess is a current member of Medina United Methodist. Basketball was a favorite sport at Brunswick where he held the record for free throws from his senior year of 1954-­55 until February 2012.

Above all his grandchildren were dearest to his heart. He loved sharing their accomplishments, cheering their activities whether baseball, soccer, football, gymnastics or dance. He was proud of each one for their individual accomplishments.

Online condolences and memories of Burgess may be shared at www.WaiteFuneralHome.com